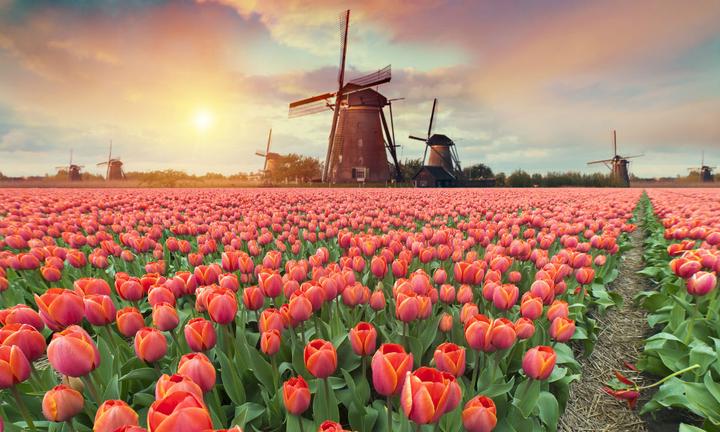 nice spring time in the Netherlands

Here we are again. Except now it feels like a very nice spring time here in Maastricht with beautiful sunny days an warm weather. The picture does not really represent the environment in this region of the Netherlands (called Limburg), but I thought it was a very nice picture to put as thumbnail.

I am sorry for this very short and boring posts but this period was a bit busy with lots of work. Hopefully, I will be able to enjoy a short break for a couple of weeks until the next round is up. Anyway, no big updates from me as in this period I have considerably enhanced my teaching and tutoring skills for different groups of student in a undergraduate epidemiological and statistical course here at UM. At first it was a fun exercise and the topics is always nice to review. However, after a couple of months of seminars and lectures I needed some time off from teaching as I was depleting my daily batteries so bad that I only had the energy to survive during the last period. The next course I will teach will start in middle April, so I hope I will have enough time to recover and be ready for the new round.

Due to my involvement with the teaching I did not have much time for pretty much anything else. I continued doing some consultancy work for the students from other departments who required some assistance in their statistical analysis. Nothing too complex but sometimes it is necessary to go in details with the students in order to understand what they really want as I pretty sure most of the times this is unclear to them as well. At the moment I have a constant number of consultancy sessions per week and so far I had generally positive experiences. In one of these I also had the luck to be involved as a co-author in one health economic analysis done by one medical PhD student from UM. I assisted the student throughout a series of meetings where we went through some quite advanced statistical modelling approach, including multiple imputation, mixed models and bootstrapping. Luckily I was able to teach these methods in R as otherwise things could have become quite long and slow using other software such as SPSS. I believe the analysis is now towards its conclusion and I think the student demonstrated some very nice abilities and skills for doing some advanced coding and interpret the results from the analysis.

In the meantime I am still involved in a couple of other reserach projects which however are slowing down due to my lack of time. The ideas I wanted to explore and discuss with other colleagues are cool and potentially interesting but the number of hours in a day are not enough.

One happy note comes from one of the paper I had previously submitted to a journal which has been now officially approved for publication. Here you can find the ArXiv version of the paper which focuses on the implementation of Bayesian methods for the analysis of trial-based partitioned surivival cost-utility data as possible way to deal with some complexities of these types of analyses. This was I side projct I decided to explore while I was still in London and then I finished it while I had some free time after my enrollment here at UM More info about this in the next weeks/months.

Finally, I have received the prestigious title of honorary lecturer at the stats department at UCL, which is essentially just an official requirement that I need to possess in order to continue working with my colleagues from London and to continue supervising a PhD student for a speicfic project (of course about missing data!). Anyway, now I feel like a very important person (not really but hey that’s a cool title to add to the CV!).